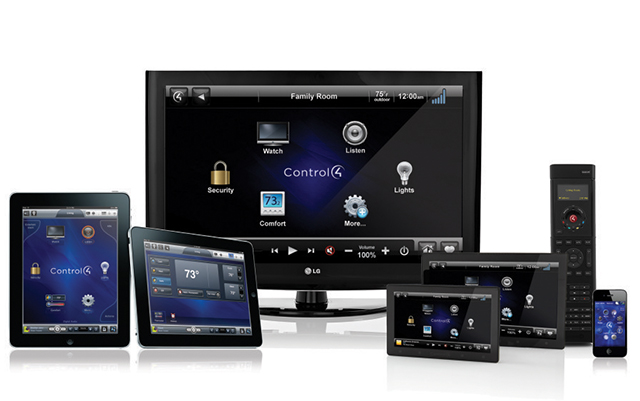 The solution for Total Home Automation Solutions is home automation systems which devise on the operating conveniences of the home appliances and in turn, saves good deal energy. Revolving around the concept of saving energy, home automation systems have simplified the current lifestyle. Wireless communication being the chief mode of control, it automatically controls the electrical device in the buildings. The system catalyzes centralized control of the electric run equipment which includes the wide range of lighting equipment, audio-visual systems, air conditioning and heating equipment, kitchen gadgets and the security systems and apparatus.

The sensors mainly implement the home automation system along with the actuators and the controlling devices. The main devices controlling the system receive the amalgamated data from the sensors functioning to detect the sensing elements like light, temperature, and motions.

Such sensors get into communication with the chief controller with the support of the additional signal conditioning equipment. These sensors include thermocouples or thermistors, level detectors, photodetectors, current transformers, pressure sensors, and IR sensors. Controllers are in attachment to the controlling devices which are programmable logic controllers. Smartphones, iPhones, iPads, tablets touch pads, laptops, computers are the controllers attached to such controlling devices receiving the information sent by the sensors and are based on the program and are controlling the actuators.

On the basis of the load operations, the programs are modified. Diverse sensors and actuators are connected with the programmable controller through a number of analog or digital input and output modules. The final controlling devices are actuators which are controlling mechanisms like limit switches, motors, relays directed towards final home equipment control. Communication occupies a pivotal role in the home automation system accessing these operations with the remotes. Video surveillance using cameras and scheduling as well as the energy-saving operations enable the smart home automation system to provide continuous monitoring.