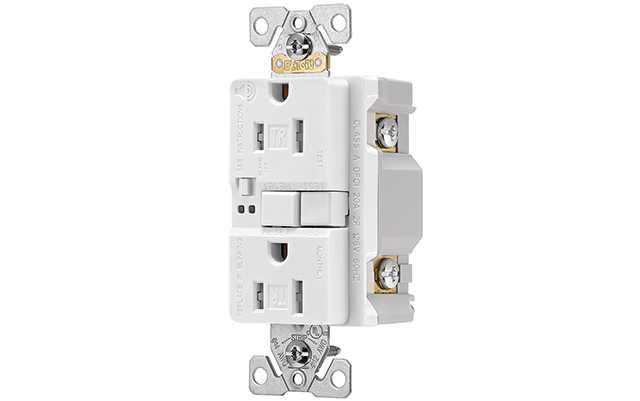 According to the definition of the National Electrical Code has defined GFCI as “a device purposely intended for the personnel protection functioning to de-energize a portion or a circuit thereof within an established time period when a current to ground exceeds some predetermined value that is less than that to operate the over current protective device of the supply circuit.”

GFCI is the full form of ground fault circuit interrupter. The ground fault conditions are responsible for nearly two–thirds of the electrical deaths, and it could be preventive of the proper GFCI device installation. The risk of electrocution is admirably reduced with the help of the GFCI that shuts off the electric circuit just as the current is detected to follow along with the path that is unintended.

Your safety and peace of mind are our priority, similarly, the professional electricians of Adl Building Services help in the installation of the GFCI and its related security alert AFCI or Arc Fault Circuit Interrupter outlets throughout the property. Since the government has made it mandatory to install the GFCI and AFCI according to the electrical code, our company professionals tend to the very service with effectiveness. Such devices detect the fault conditions and cause the electricity to shut down prior to any damages and subsequent injuries.

As stated by the National Electrical Code, GFCI prevents fires as well as electrocutions and its protection is evident in a number of areas that is duly fulfilled by the Adl electricians:

Never will the Adl professional electricians exit from the site until they have completed the entire safety inspection of the electrical system. Thus the clients are able to know that their property is safe and is maintaining the stated code.

As stated by the code, the Adl electricians install the much-needed safety systems to ensure protection:

Reasons for hiring Adl electricians for installing the GFCI:

The vital reason to hire the Adl professional electric technicians to install the GFCI is primarily that these are crucial devices our professionals are qualified electrician to handle the task without any hazards. GFCI work to cause an interruption in the electrical supply much faster in comparison to the breaker or a fuse, by giving responses in milliseconds. The receptacles of GFCI are designed for the sole purpose of protecting the electrical appliance users from the breaking out and aftermath of electrocutions due to short circuits and perilous ground faults. It automatically turns off the electricity just as the fault is detected.